Some people are vowing not to wear poppies anymore. They claim that those who wear the poppy support war, that politicians use the symbol to justify military action, and that there is no point in remembering something that happened such a long time ago.

Before I explain why I wear a poppy, please watch the short video below.

This is the newsreel that captured footage of my Grandfather’s Spitfire plane being shot down during WWII. He was pulled from the water by sailors on a Dutch merchant ship.

This is a photo of my Great Uncle Vern.

He was nineteen years old when he was killed.

I wear a poppy because I don’t ever want to take my freedoms for granted.

I wear a poppy because I don’t ever want an entire generation of young people to be sent to a war that will result in either their death, or if they survive, a lifetime of post traumatic stress.

I wear a poppy to show my appreciation to the Dutch sailors who saved my Canadian Grandfather. Without their efforts I would not be here today.

I wear a poppy to be solemnly reminded that my Uncle Vern never returned home.

I wear a poppy to remember that war is a horrible thing and peace is something we need to work to preserve. 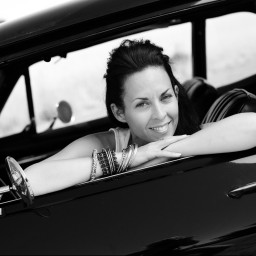